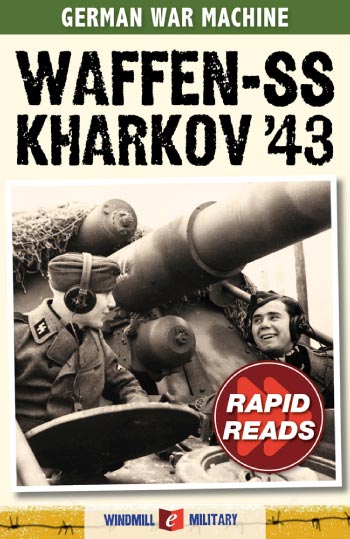 In the winter of 1942, Hitler's overambitious Operation Blau foundered in the foothills of the Caucasus and the ruins of Stalingrad. In January, General Georgi Zhukov’s great counteroffensive began. More than 500,000 Red Army soldiers charged west towards the Donets River, almost encircling large sections of the German force in the Caucasus. Over course of the next month the understrength and exhausted men of Erich von Manstein’s Army Group South conducted an effective fighting retreat, but were unable to regain the initiative. They were pushed back across the Donets and eventually, after weeks of hard fighting, driven from the city of Kharkov. The began to fall back to the south, short of men and seemingly close to collapse.

Erich von Manstein had a plan, however. He knew that the Soviet juggernaut was not as invincible as it seemed. Constant urging from Stalin’s headquarters had pushed the Soviet armies to advance deep into occupied territory, stretching them to breaking point. Their reserves were all committed and many of the Soviet armies involved in the assault were at less than 50 percent of their nominal strength. Manstein knew that a well timed counterattack would smash the momentum of the Soviet advance, and send the weakened units streaming back the way they came. He just needed to find a reserve powerful enough to lead the counterattack.

He found his reserve in the form of Paul Hausser’s SS Panzer Corps, which contained the Das Reich, Totenkopf, and Leibstandarte SS Adolf Hitler divisions. This recently-formed unit, equipped with the latest Panzer IV and Tiger I tanks, was eager to prove the value of the Waffen-SS in battle. What followed was one of the most dramatic military reversals of World War II, a force of some 346,000 Russian troops was driven from Kharkov by fewer than 70,000 Germans. It was a victory that cemented Manstein’s reputation and that of the Waffen-SS. This book examines the battle in detail using maps and first-hand accounts. It is part of the Rapid Reads series.