Prokhorovka: Day of Reckoning at Kursk 1943 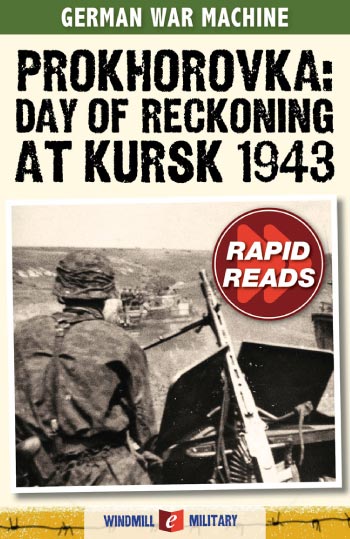 Sufficient daylight still remained and the marshal proposed an inspection of the jumping-off positions which I had selected for XXIX and XVIII Tank Corps. Our route passed through Prokhorovka to Belenikhino, and the quick-moving Willies [Willys jeep], bobbing up and down over the potholes, skirted round vehicles with ammunition and fuel, which were heading to the front. Transports with wounded slowly went past us. Here and there destroyed trucks and transports stood by the roadside.

There, along the northern edge of the forest, were the jumping-off positions of XXIX Tank Corps. XVIII Tank Corps would attack to the right, I explained to A.M. Vasilevsky.

The agricultural installations of Komsomolets State Farm could be seen two kilometres distant to the right.

Suddenly, Vasilevsky ordered the driver to stop. The vehicle turned off the road and abruptly halted amid the dust-covered roadside brush. We opened the doors and went several steps to the side. The rumble of tank engines could be clearly heard. Then the very same tanks came into sight.

Instantly, I raised my binoculars. Indeed, tens of tanks in combat formation, firing from the march from their short-barrelled guns, were crossing the field and stirring up the ripened grain.

‘Comrade General, they are not our tanks, they are German.’

On 12 July 1943, the small farming village of Prokhorovka witnessed one of the largest and most bloody tank battles in history. On the steppe farmland around Prokhorovka the tanks of Pavel Rotmistrov’s Fifth Guards Tank Army clashed with those of Paul Hausser’s II SS Panzer Corps. This was to be the deciding clash of the Battle of Kursk, the engagement that would decide the success or failure of Hitler’s Operation Citadel. Using detailed maps and extensive eyewitness accounts, Prokhorovka tells the story of the advance of the Waffen-SS Panzer Divisions and their defeat in the largest tank battle in history. It is part of the Rapid Reads series.