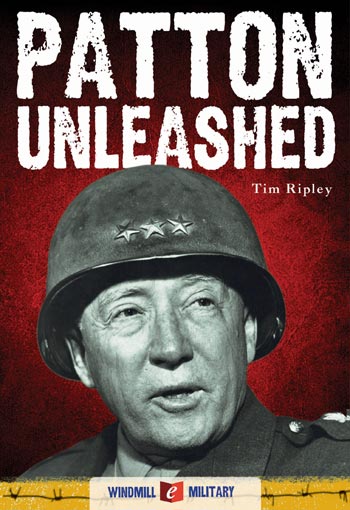 Throughout the summer of 1944 the US Third Army, under the brilliant leadership of its charismatic commanding officer General George S Patton, achieved some remarkable military successes. Within the space of two months, US tanks had reached the German border, having crushed all before them, and would have undoubtedly driven further had not fuel shortages and bickering in the Allied High Command held them back. Patton Unleashed is an account of the armoured battles of the US Third Army from August to September 1944, charting its successes in forcing the German invaders from French soil, and laying the foundations for ultimate victory in 1945.

Tim Ripley is a full time author and photo-journalist who is also a keen student of military history. He has written numerous books on hardware, tactics and campaigns, including Bayonet Battle, Operation Deliberate Force, Jane’s Pocket Guide to Modern Military Helicopters, Land Power: the Coalition of the Iraqi Armies, and SS: Steel Rain. He currently lives in the north of England.

I bought this book because I was looking for a decent analysis of Patton’s campaigns, rather than a fawning biography, which is what most books about the man quickly turn into. The first few chapters, which consist of a profile of the man and his oft-imitated way of speaking, made me nervous that I'd just bought more of the same, but it quickly improves after that.The book is well structured, with each chapter examining in detail a particular phase of the US breakout from Normandy. It covers the drive to Normandy, where resistance was light, and the closing of the Falaise gap, where resistance was famously heavy. The author mentions the high-level command controversy that surrounds the decision not to close the Falaise Gap, but thankfully doesn't devote more than a few lines to it. Commander’s egos are of secondary importance to the progress of the battle on the ground. Chapters 7–9 cover the drive to the German border and the book ends with Patton’s army camped on the banks of the Rhine.Personally, I feel that Patton’s achievements are somewhat overrated by authors that ignore how threadbare the Wehrmacht had become by 1944. This author does seem to have been taken in by the bluster and glamour of Patton the man, but doesn't let this distract him from the realities of his campaigns in France.An excellent book, whether you're an admirer of the man or not.